Vacancies
We currently have vacancies for:


But we're more than happy to see new players at any time. 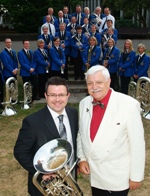 Given that the early 20th Century saw a boom in the popularity of brass bands, it's hardly surprising that many bands are reaching significant milestones such as their 75th or 100th anniversaries.

Epsom & Ewell Silver Band is one such band, with 2010 seeing their centenary celebrations.

However, what makes this band particularly unique is that nearly their entire history was witnessed by just one player. Tom Fiddimore first joined the band at the age of 11 in 1919 and played with them for nearly 75 years.... [...More]

...first on cornet, then tenor horn, and then finally on his true love, the bass.
His commitment was legendary and it was largely down to him that all the instruments and music were reclaimed from storage following the break in playing brought about by WWII. He was also the librarian, official tea maker (very important!) and transport officer, cramming instruments and young players alike into the back of his Austin A50 van to get them to rehearsals and engagements. Just prior to his retirement in 1994, SCABA presented Tom with a special 75 year long service award at the Folkestone Contest, possibly the only such award ever to have been awarded.

The Epsom & Ewell Silver Band is generally believed to have been founded as Banstead Silver Band in 1910 under the baton of Mr. Bashford. However the first official record is dated from 1913 when Mr Harry Cave, who went onto become the band's second conductor, was recorded as having attended a meeting of the Southern Counties Amateur Brass Band Association. In these early days the band practiced in a barn, a short distance from Banstead Village. This barn had an earth floor, no heating, no chairs and the players rehearsed in a circle or horseshoe formation, huddling round the flickering light hung from a crossbeam. It is perhaps some turn of strange fate that, 100 years on, the band is now rehearsing in another converted cattle shed on the edge of Epsom, although luckily this one has a few more mod cons! 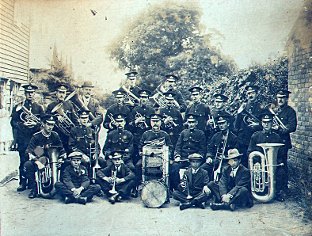 The group, originally called the Banstead Silver Band, in about 1919.
Throughout the early years, the band mainly played dance music and popular tunes which the audience would dance along to. Right until war broke out in 1939, the band would perform every Wednesday night in the bandstands located on Banstead Green and in Rosebery Park, Epsom. The band continues this tradition to this day, and regularly performs in bandstands such as the one in Canbury Gardens, Kingston. Over the years the band has also travelled further afield, taking part in the World Music Festival in Kerkrade on no less than four occasions, and also touring to locations such as Chantilly, the Rhine and Jersey.

There are many anecdotes and stories from over the band's 100 years, including the time when the percussionist Noel Barker lost his finger during a performance of the Berne Patrol. Players had gradually been leaving the stage as the music faded into the distance and the plan had been to bring the piece to a dramatic conclusion by shooting the last remaining player on stage, the Bb bass. Unfortunately the gun misfired and it was only through the efforts of the medical staff at Roehampton that Noel was able to play again.

Rain seems particularly prevalent in the band's history. New jackets had to be acquired when torrential rain on Epsom Derby Day caused the dye to leach from the burgundy jackets, turning all the players' shirts pink. Similarly the band got well and truly soaked in 1984 as they played for the Queen at the opening of Epsom's shopping centre. However, appreciative articles from the local papers showed that the band's playing did at least help to maintain the spirits of the waiting crowd.

One of strengths of the band over all these years has been its friendly nature. Many families have played together in the band, such as the five members of the Warne family who played during the 1970s including the then MD, Alec Warne. His daughter Carol, who joined in 1971, still plays on the cornet back bench today and Alec still accompanies the band to Stevenage each year for London & Southern Counties Areas. The band takes real pride in working as a team and everyone is encouraged to take part. Unlike in other bands, no ringers are brought in for contests and parts are never switched round - the band plays and competes together with everyone being given a chance. As a result the band's success in contests has varied over the years. However, of late the band has been on a roll, reaching the 3rd section national finals in 2007 and the second section national finals the following year. Consequently the band is now competing within the first section.

New players are always welcome to join the band and anyone interested in coming along for a blow should see this page for more details. Alternatively, anyone who just wants to listen to the band is welcome to come to the special Centenary Concert on 24th July, when the band are delighted to be showcasing the euphonium virtuoso, David Thornton of Black Dyke Band. [...Less] 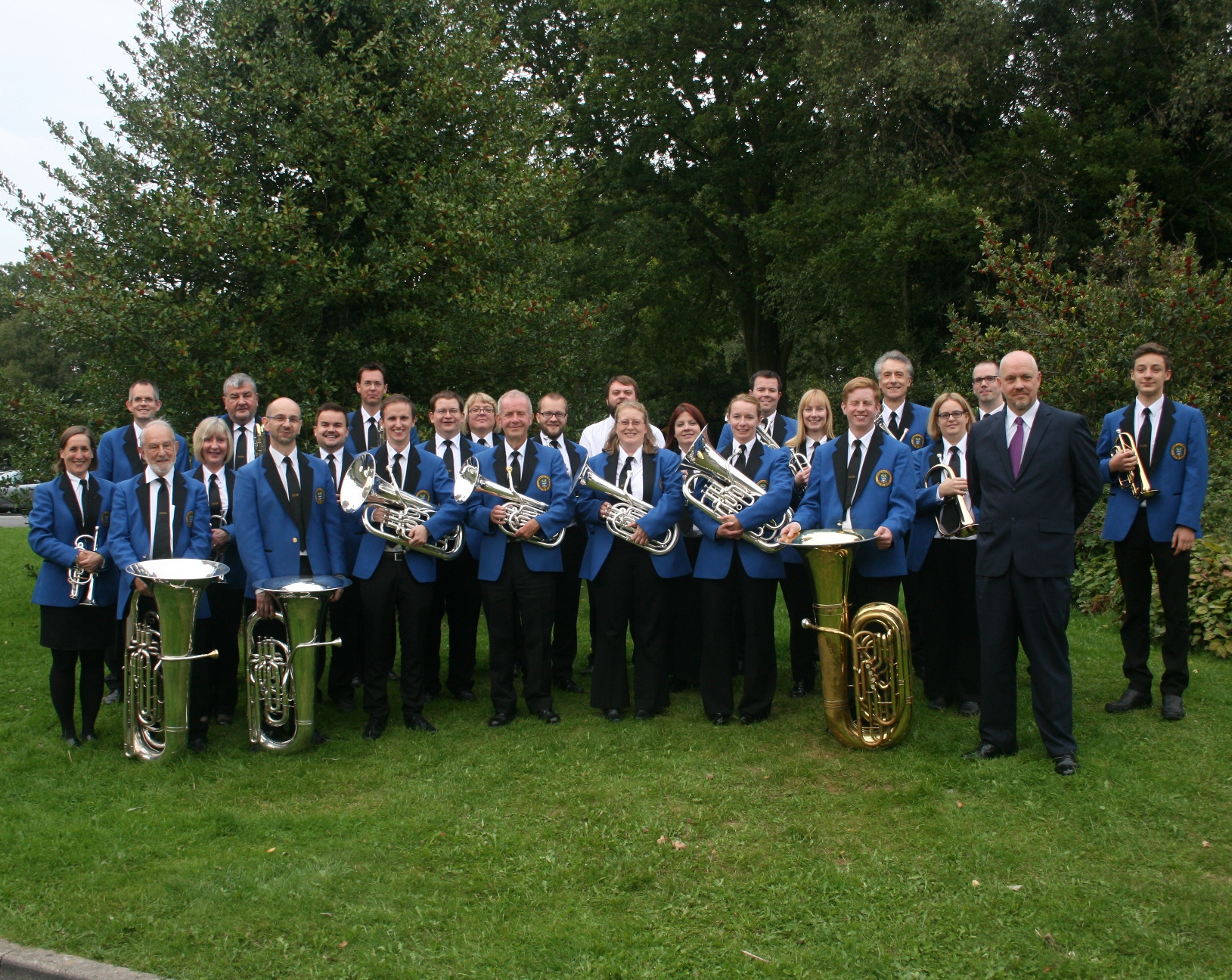 The current COVID-19 restrictions mean we are unable either to hold our own concerts or to play at events arranged by others. We hope to be back with you soon. Watch this space for updates or, better still, join our mailing list by entering your e-mail address above.