Epsom & Ewell Silver Band is a brass band based in Epsom, Surrey. We compete in the second section in the London & Southern Counties region, and the band is also a member of the Southern Counties Amateur Band Association. New players are always welcome. View our current vacancies here. We rehearse on Monday nights from 8pm to 10pm at St Martin’s School, Worple Road, KT18 7AA. Map. If you would like to come along, please contact us first to make sure we are rehearsing that evening.
Latest News (see all our news here)
17th July concert ***CANCELLED*** 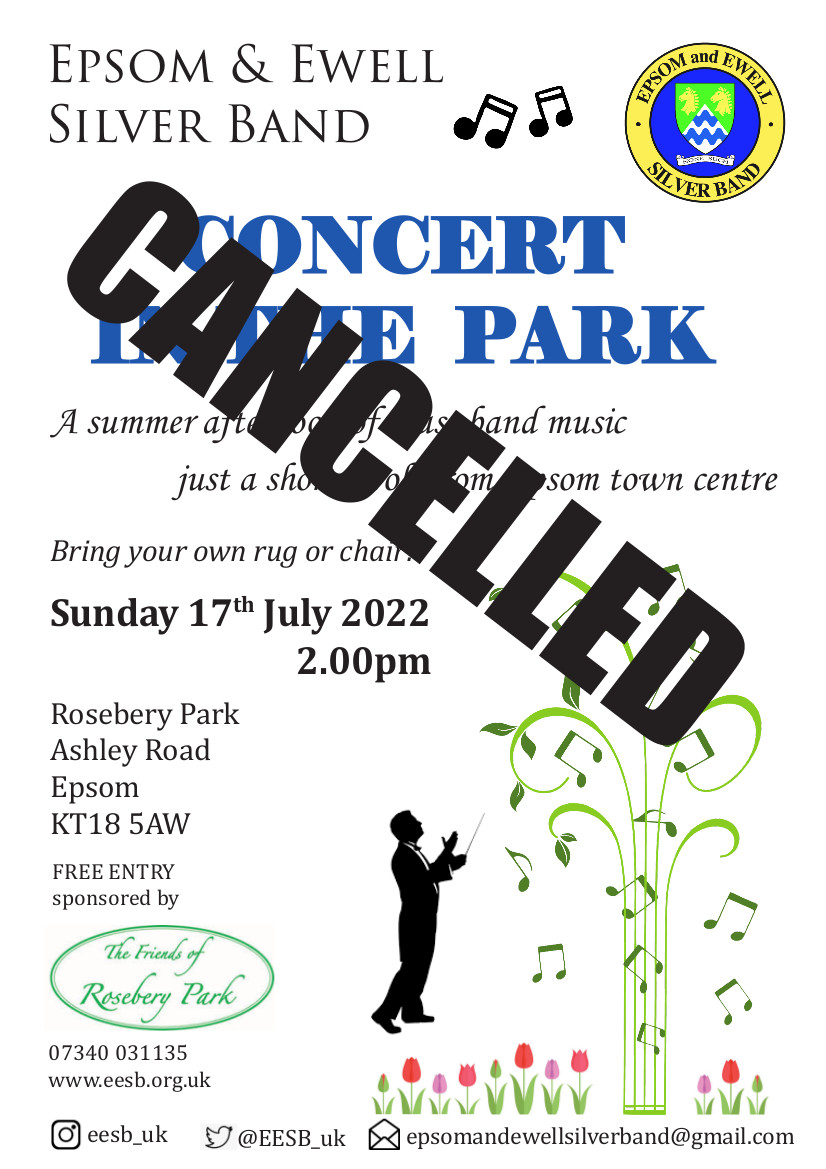 Sadly, we’ve made the decision to cancel our concert at Rosebery Park on Sunday 17th July.

With temperatures in excess of thirty degrees and an amber warning in place, it would not only be very uncomfortable for us, it would also be potentially hazardous for anybody coming to sit in the park and listen.

We’re back at Rosebery Park on Sunday 14th August, so we really hope you can join us then instead. Hopefully, by then, the weather will be a bit more Mediterranean island and a bit less Death Valley! 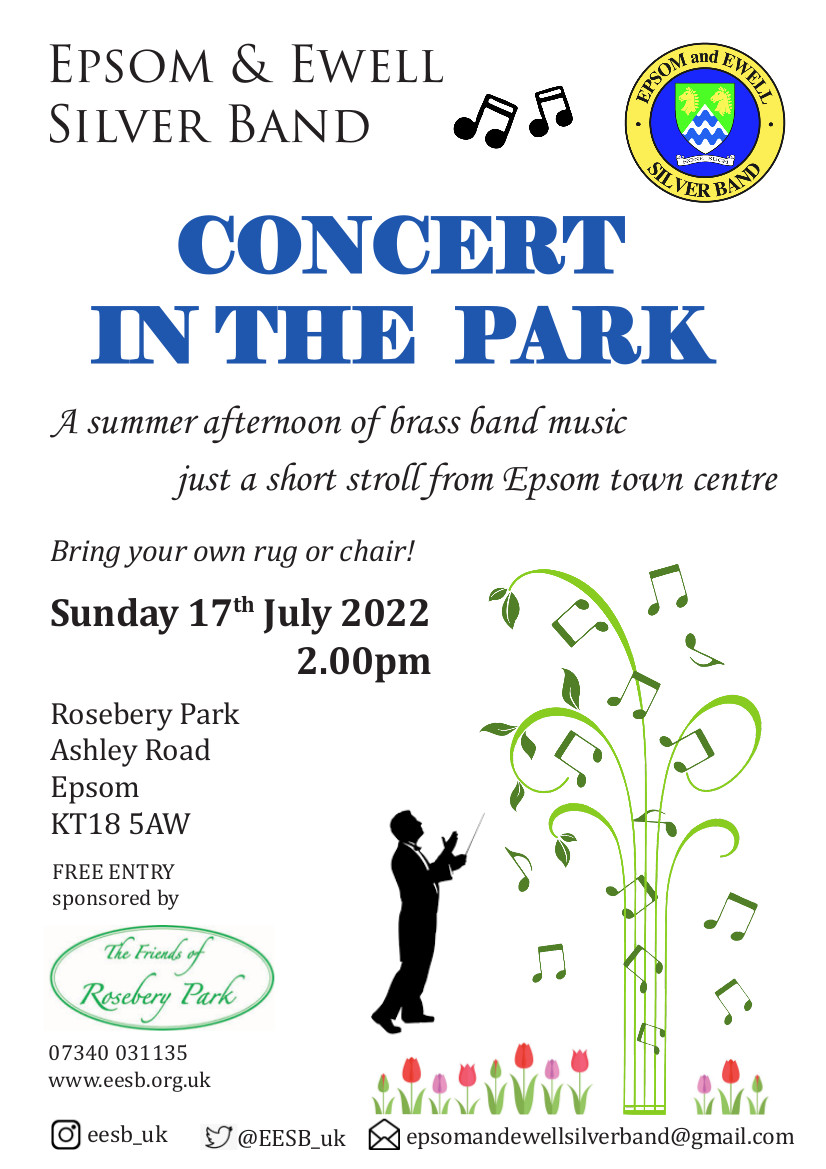 We're doing things a little differently for our summer concert this year. We had intended to use the walled garden at the Old Moat again but, unfortunately, that's not going to be possible now. We wanted to keep the outdoor/informal feeling, so instead we're going to do the concert in Rosebery Park in Epsom. It's a lovely setting and is only a short walk from the town centre, with parking (and toilets!) nearby in the Ashley Centre.

We won't sell tickets. It will be free to come along and listen. You can bring chairs/rugs/gazebos or anything else that will make you feel comfortable. You can also bring your own food and drink (though hopefully there will be a pop-up cafe to give you another option).

Please come and join us in Rosebery Park on Sunday 17th July from 2pm and help to make it a memorable musical occasion!

We’re hoping for a less COVID-impacted year in 2022! We’re back out at some of what had been our usual venues this summer, including Rosebery Park and Alexandra Rec in Epsom and West End Green in Esher. And we’re back at the walled garden in the Old Moat garden centre on Horton Lane for our summer concert on Sunday 17th July. This has been a fantastic venue for us in recent years, so hopefully we’ll see some of you there. More details will be available here soon, including how to buy tickets.

We’ve got a couple of vacancies at the moment. See our 'The Band' page for details. We’re particularly keen to find a Front Row cornet. If you’re interested, please send us a message and come down for a blow. We're back!! It's been a long wait but our first proper concert since Christmas 2019 is happening on Sunday 5th December 2021 at 7pm at our usual Christmas venue of St. Mary's Church in Cuddington, Worcester Park KT4 7HL.

We're grateful to the Cuddington Residents' Association and to the Cuddington WI for helping to put this concert on again. As usual, they'll look after you with drinks and nibbles during the break as well as running a raffle.

Tickets are £10 each and numbers are more limited this year, so please buy early to avoid disappointment. If you're local to the church, you can get tickets at Vale Road Post Office. A printable postal order form can be found here if you'd rather buy direct from the band. There may be some tickets available on the door but I wouldn't count on it!

We hope to see you there.

Passing of a long serving and much loved band member 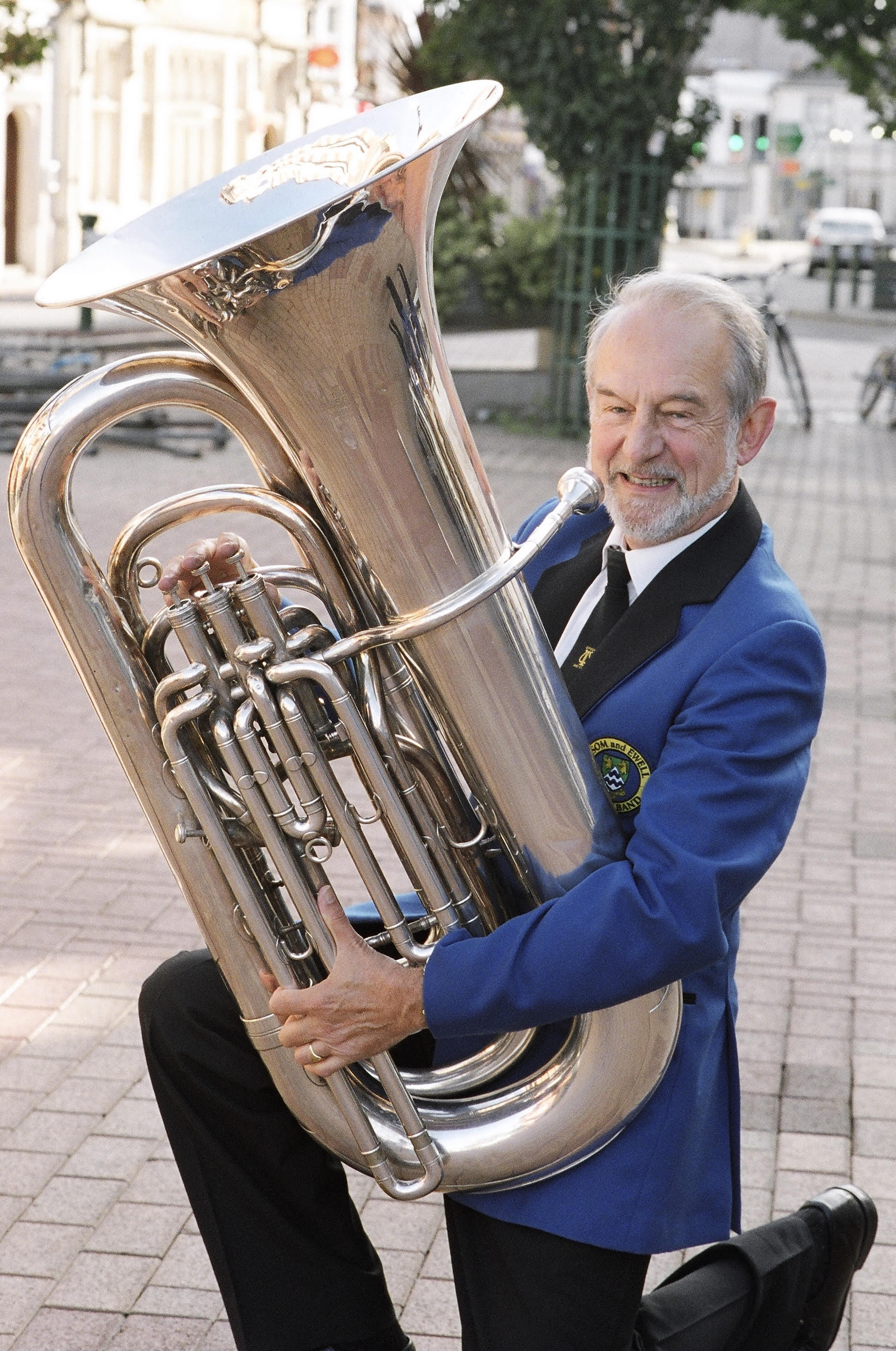 We are sad to report the death of John Faulkner, one of our longest serving members. John joined the band in 1967, having heard about us after living in Worcester Park since 1963, and relished playing again after a 5 year break.

John found brass bands during his period of wartime evacuation in High Wycombe when he was billeted with a Salvation Army family. He joined the High Wycombe SA Young People’s band, where he learned to play the Tenor Horn, and continued with the SA when he returned home to Hammersmith, where he met his wife Brenda. During his National Service, John played Euphonium and Bass with the RAF Wilmslow station band.

John moved on from Tenor Horn and played in the bass section from 1970 until retiring from playing in August 2019 after 52 years’ service. As well as going on four continental tours with the band, he served as Assistant Treasurer and led the band’s successful bid for a National Lottery grant for new instruments and equipment in 1985.

John was a Chartered Building Services Engineer, specialising in heating and ventilation, and worked in the Civil Service as a senior officer overseeing Building Services in government buildings and the Royal Palaces. When John retired, he worked at NESCOT as a lecturer on a part time basis.

John and Brenda celebrated their 60th wedding anniversary on August 20th this year and while she, their 3 daughters and 9 grandchildren will feel his loss most strongly, he will be sadly missed by all who knew him. 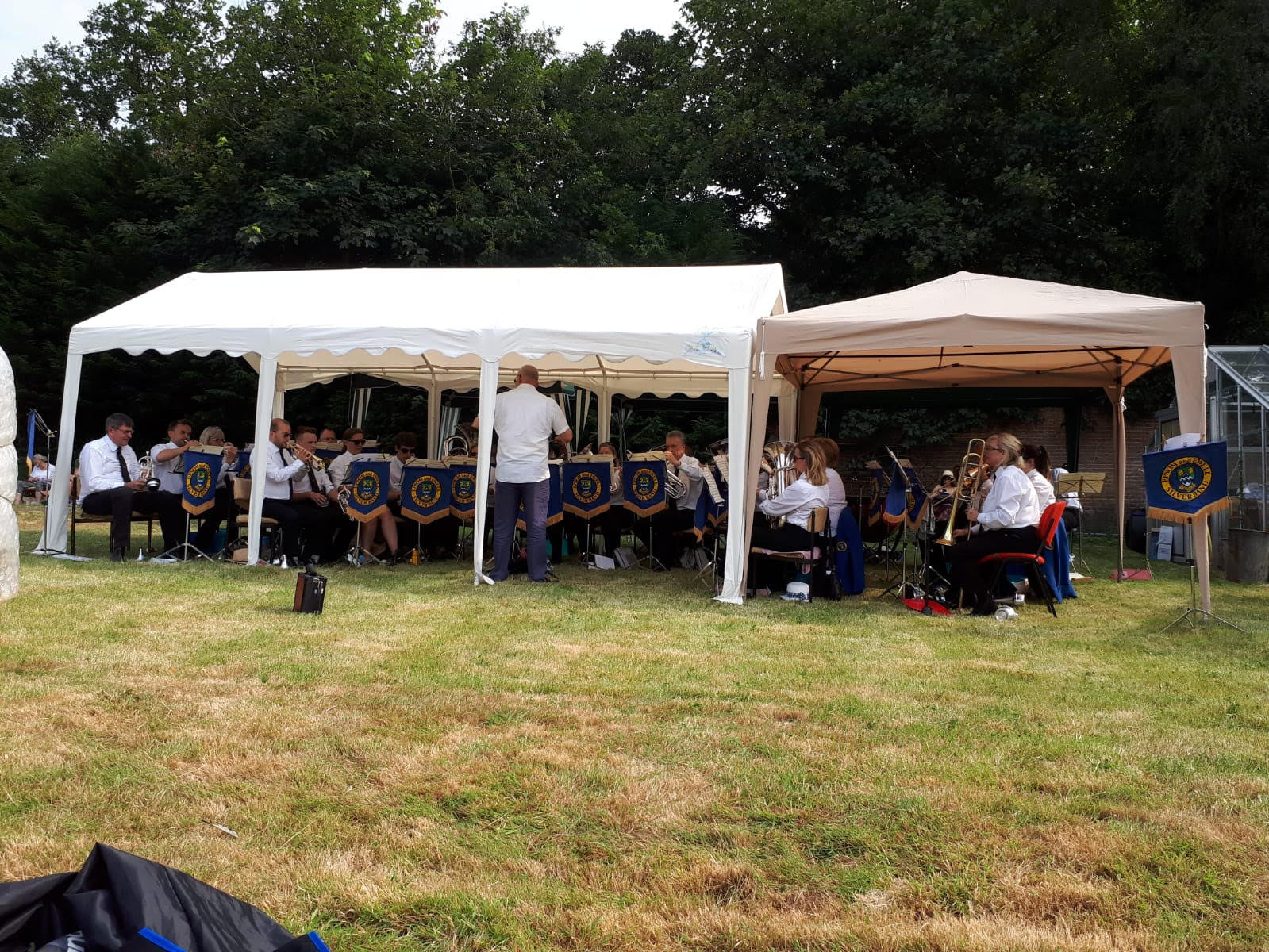 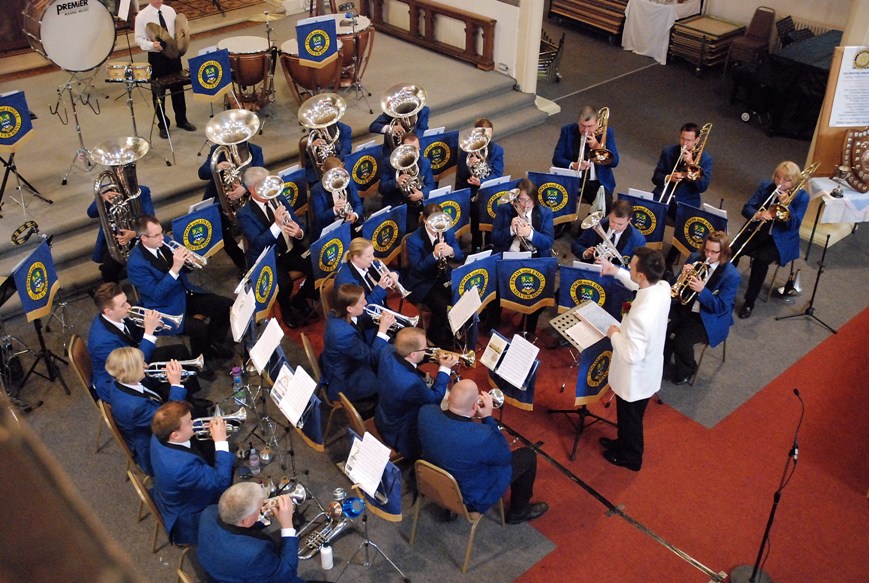